Based on the fact that the DPV does not reply to e-mails on a regular base, we (as DPV members) now choose the path of an “Open Letter”.

Mr. Darek Nowicki, the most successful German Padel player up to now, has been officially invited by Willy Lahoz (Padel Profi – Captain Team Europe) to be the representative of German Padel sports to the Euro America Padel Cup from 4 to 6 July in Estoril.

2) When and how has been Mr Nowicki blocked by the DPV?

Such a ban cannot be imposed arbitrarily and should have been decided at a general meeting or at least presented there. Not a single general meeting since 2010 has a corresponding notice. Furthermore, the player should have been informed about this and also listened to. Again, this has not been done. So what are you referring to when you talk about a player’s suspension?

–> The signatories are all full members of the DPV 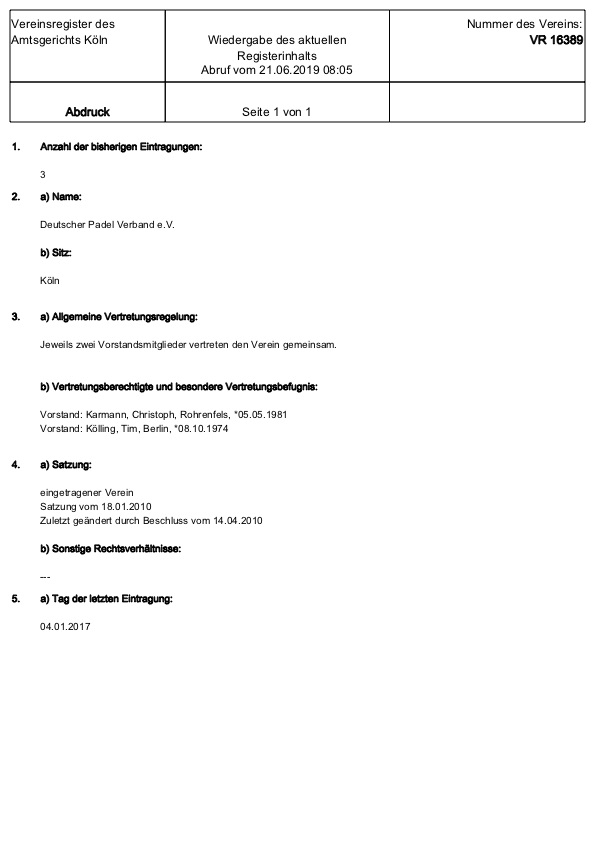