Founded in 1995, the Bullpadel is now one of the leading equipment suppliers in padel sports. The Spanish company of the Aguirre y Cia SA group has signed a number of other exceptional players on the professional tour, including Iciar Montes and Gaby Reca. Bullpadel stands for high-performance padel rackets and fashionable functionality in clothing and equipment.

Bullpadel also sees itself as a driver and initiator in a sport that continues to grow. Tournament platforms and the promotion of young players in Spain are proactively supported and documented in the form of a blog. Bullpadel products are already very popular on German padel courts.

Bullpadel products at a glance 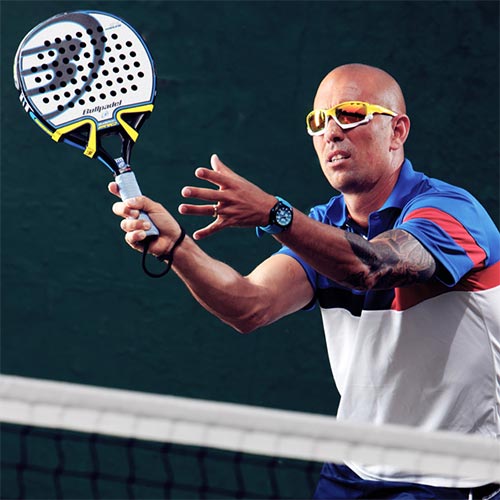