Padel BabolatBabolat is a French manufacturer of tennis, badminton and now also padel products. The company was founded in 1875 by Pierre Babolat in Lyon and the focus was mainly on the production of tennis strings made of natural gut.

It was not until the mid-90s that complete racket sets and accessories were also offered. Today, Babolat is one of the leading manufacturers of tennis equipment worldwide. Sponsorships with tennis professionals of the DTB and especially with the French Open champions Carlos Moya and Rafael Nadal have made the brand known worldwide.

It was only in 2012 that Babolat started distributing padel products out of Spain. In addition to the Spanish tennis greats Moya and Nadal, Babolat relies on players from the WP Toursuch as Lucia Sainz, Miguel Lamperti or Jordi Muñoz Baixas.

Babolat Padel at a glance 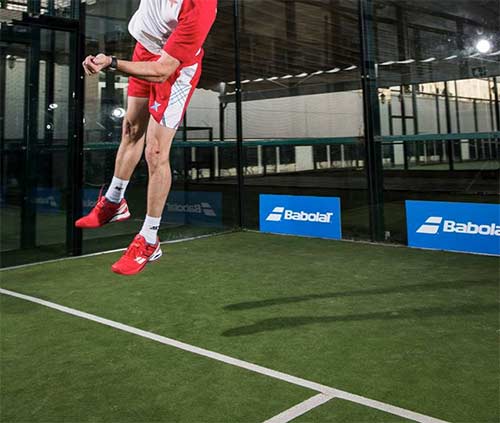 Head Padel: The sporting goods manufacturer HEAD, with its headquarters in Amsterdam and further locations in Kennelbach and Schwechat in Austria, is world-renowned for the development of innovative sports equipment in tennis and skiing. Tennis stars such as Novak Djokovic and Andy Murray are just two of the many exceptional athletes...

Artengo Padel: The ARTENGO sports brand is Decathlon's own brand for the racket sports of tennis, badminton, table tennis, squash and padel, founded in 2006. ARTENGO products are available online or in Decathlon sports stores throughout Europe. ARTENGO offers a comprehensive range of innovative and...