Since its founding in 1914, Wilson has earned a firm place in sports history and has had a decisive influence on the development of many sports. The creation of groundbreaking technologies and the production of legendary classics have given the company a unique reputation worldwide.

Wilson is and has been the supplier of the most successful tennis players of all time, including Roger Federer, Pete Sampras, Steffi Graf and Serena Williams. Wilson brand tennis balls are played at the US Open, Australian Open, Davis Cup and Fed Cup, as well as on the WTA Tour. 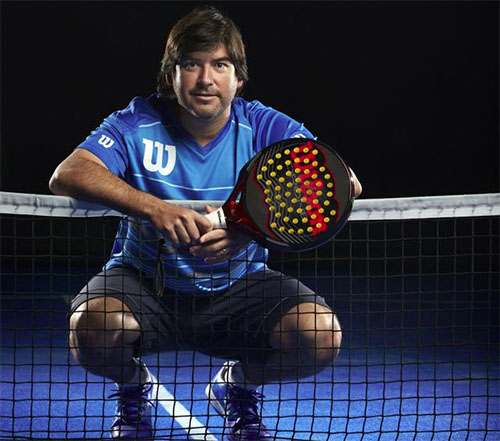 Mizuno is a Japanese sportswear and sporting goods manufacturer that also produces for padel. Under the slogan "Power to perform", the Padel equipment supplier shoes and padel clothing.

Head Padel: The sporting goods manufacturer HEAD, with its headquarters in Amsterdam and further locations in Kennelbach and Schwechat in Austria, is world-renowned for the development of innovative sports equipment in tennis and skiing. Tennis stars such as Novak Djokovic and Andy Murray are just two of the many exceptional athletes...

Artengo Padel: The ARTENGO sports brand is Decathlon's own brand for the racket sports of tennis, badminton, table tennis, squash and padel, founded in 2006. ARTENGO products are available online or in Decathlon sports stores throughout Europe. ARTENGO offers a comprehensive range of innovative and...

Fila Padel: Fila is a former Italian sportswear manufacturer that now has a South Korean owner. Fila's clothing, however, remains true to the Italian style and presents itself fashionably chic, but not obtrusively...