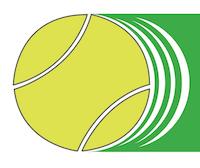 Vienna has a lot going on in terms of padel! Padel players can choose from no less than 4 padel locations in Austria's capital.

On the Sports facility Bisamberg-Vienna two doubles and one singles court can be played on. One of the double courts is even covered! All courts also have floodlighting.

Padel at the Sportunion Wien-Prater is part of the club's numerous sports activities. Members and guests can play padel on three outdoor courts with floodlights.

At the Doleschal tennis facility in Vienna-Stockerau (see also Padel Vienna Stockerau) there is also an outdoor padel court with floodlights. Training offers can also be taken up on request.

Who, on the other hand, in the City & Country Club Vienna-Wienerberg Padel would like to play is by no means out of place here! The two indoor courts can be played on all year round and for a small surcharge you can even train with a real padel national champion and national player!

How expensive is a padel court? We hear this question again and again - but unfortunately it is not that easy to answer. Nevertheless, you can get a first rough calculation here ...

At the Padel TVN Essen within the TVN Tennis Centre in Essen, an advanced training course for B/C coaches with the topic of padel took place for the first time in Germany over a weekend. 22 participants were trained by the instructors Thomas Lönegren (licensed padel coach) and Daniel Lingen (national padel player) over two days on and off the two padel courts at the TZE....

Padel World Championships: Padel tennis is already a reality that moves many millions of people around the world. After the last Padel World Championships, a new era was ushered in for our sport of padel. With an unprecedented total of 40 countries in the qualifying phase (Africa-Asia, South America, North America and Europe) as well as in the final phase, the FIP continues to improve the...

Testfakta conducted the world's first comparative laboratory test of padel rackets. Among other things, it was found that the rackets react differently to use and wear over time. The test was conducted at the Testea Padel Lab in Spain and the winner was the Equation WPT from Nox. With the help of robots and sensors, we tested the same...

Padel is no longer just a trend sport for insiders and opinion leaders - no, padel tennis is for everyone! Whether young or old - women, men and of course celebrities play padel. More and more celebrities are playing padel tennis and have become real padel fans. In the future, we want to introduce you to the most famous...