The Padel Club Berlin International was founded as the second padel facility after the location Padel Berlin Friedrichshain built in September 2013 in the south-east of the capital. Operator and padel lover Tim Kölling discovered his passion for the sport of padel tennis in Spain and spontaneously decided to do something with padel.

He left 2 seats of the manufacturer Brako-Padel in the small leisure oasis on Sterndamm in Berlin Johannisthal, right next to the courts of the local tennis club and not far from the Gründer- und Technologiezentrum Adlershof.

After the completion of the two padel courts and the cultivation of the facility with a bar area and sun terrace, regular tournaments, training sessions and introductory courses already took place in 2014. In the meantime, a third padel court has been added to the facility.

Overview of all Padel courts in Berlin. 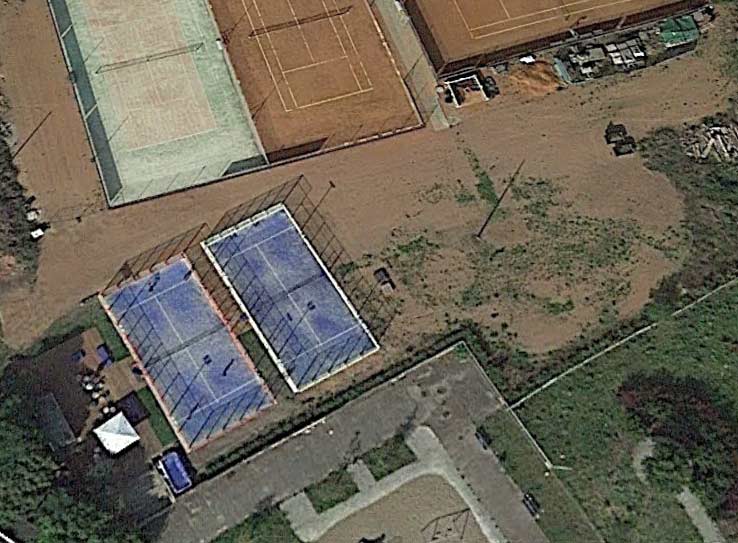 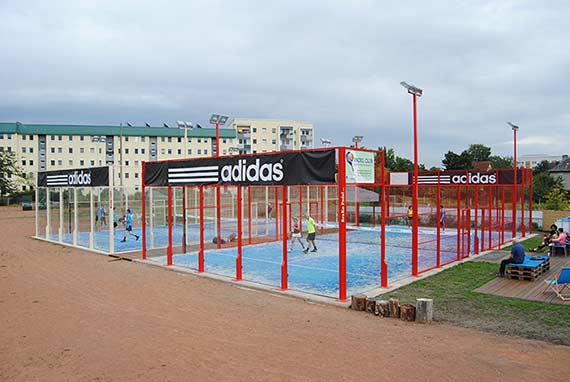 The Padel Club Berlin International begins preparations this week for the installation of the third padel court at the sports facility in Berlin Johannisthal. The aluminium padel court of the Brako Padel Company is to be built slightly offset next to the existing courts 1 and 2. According to club manager Tim Kölling...

The Padel Club Berlin was not in hibernation, it was just resting a bit. In the background, preparations were underway for a new season with a lot of action on the padel courts and lots of matches in the padel league. This had its premiere in 2014, from which a lot of experience and innovations for the 2015 season could be drawn...

Padel Berlin is the name of the first commercial padel facility in Berlin. In 2012, the Padel Berlin courts were built in Friedrichshain directly near Ostkreuz. The initiator and operator of the facility is padel pioneer Alexander Hilbricht, who got to know and love the sport of padel tennis through his time as a tennis professional in Spain...

Padel Berlin Reinickendorf: With the new padel court at the Füchse in Reinickendorf, Berlin already has three padel locations. And the Füchse even have enough space to build more padel courts. There are enough parking spaces on site, the changing rooms also have showers and there is a clubhouse with catering...

Padel Hamburg Condor: Hamburg's first padel facility is located in Farmsen on the grounds of SC Condor von 1956 e.V. and is also easy to reach by public transport. The facility has two outdoor courts with floodlights. Various padel tournaments take place throughout the year at the SC Condor padel facility ...

Padel Hamburg HSV: The first Padel court at a Bundesliga football club - Hamburg HSV! Germany's "highest" Padel tennis court is now located on the grounds of the Alexander Otto Academy at Padel HSV. At the very top of the roof of the Hamburg Sports Club's junior academy is now a Padel Premium court of the ...