Padel Berlin is the name of the first commercial padel facility in Berlin. In 2012, the padel courts were built in Berlin Friedrichshain directly near Ostkreuz. The initiator and operator of the facility is padel pioneer Alexander Hilbricht, who got to know and love the sport through his time as a tennis pro in Spain.

Back in Berlin, he was surprised that there were still no padel courts in the capital and so he decided to realise a padel centre in Berlin. When the padel courts were built in the summer of 2012, Spanish padel fans and sports enthusiasts quickly joined him at the facility. This is how the padel tennis community in Berlin grew from the very beginning. In the meantime, there is a permanent membership base with numerous padel players.

And since then, the two outdoor padel courts with floodlights from padel concept (construct and artificial turf in blue) a padel hall with a padel court was added, the motto at Padel Berlin is: no matter whether it's sunny or rainy, you can always play padel tennis in Friedrichshain!

And for those who do not yet have a playing partner, a game organisation is offered by Padel Berlin.

Hint: Overview of the Padel courts in Berlin. 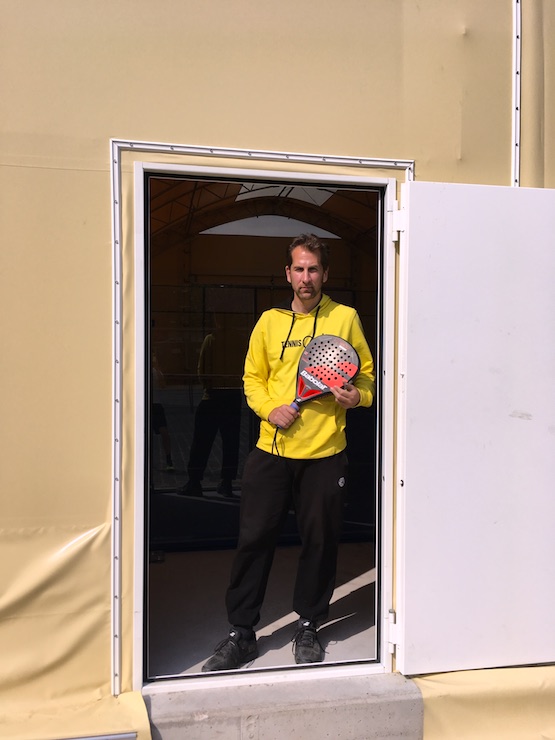 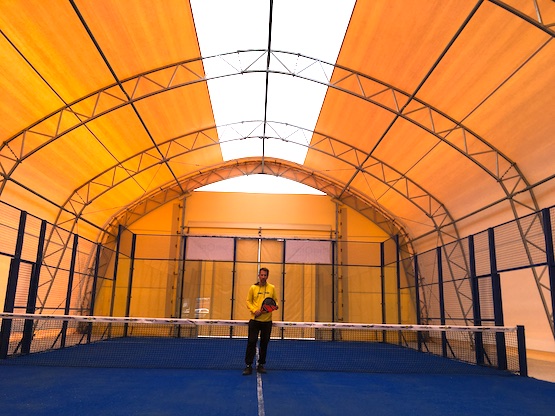 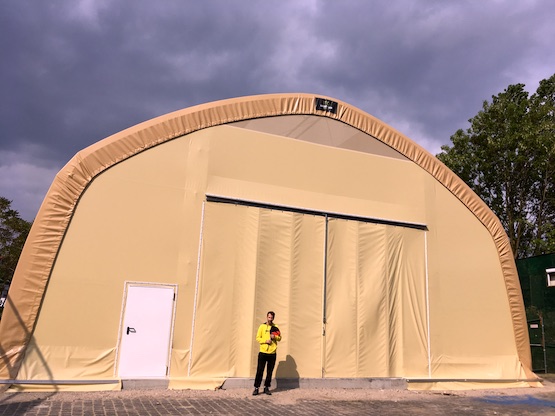 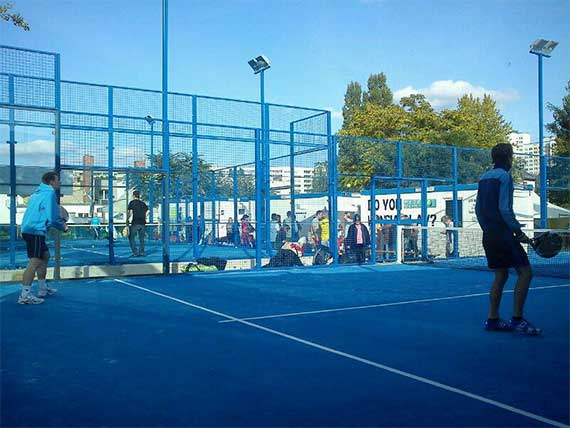 The first Padel facility in Germany that can offer indoor and outdoor Padel is currently being built in Berlin. Padel pioneer Alexander Hilbricht is currently in the final days of the construction phase for a padel hall, which is located directly next to the two existing outdoor courts. The hall will be opened before the end of May and the first...

Good news from Berlin. After a few weeks ago the Padel Club Berlin International has been able to open its third court and also expand the premises, there is now more good news from the current padel capital...

Padel Berlin Reinickendorf: With the new padel court at the Füchse in Reinickendorf, Berlin already has three padel locations. And the Füchse even have enough space to build more padel courts. There are enough parking spaces on site, the changing rooms also have showers and there is a clubhouse with catering...

Padel Hamburg Condor: Hamburg's first padel facility is located in Farmsen on the grounds of SC Condor von 1956 e.V. and is also easy to reach by public transport. The facility has two outdoor courts with floodlights. Various padel tournaments take place throughout the year at the SC Condor padel facility ...

Padel Hamburg HSV: The first Padel court at a Bundesliga football club - Hamburg HSV! Germany's "highest" Padel tennis court is now located on the grounds of the Alexander Otto Academy at Padel HSV. At the very top of the roof of the Hamburg Sports Club's junior academy is now a Padel Premium court of the ...

Padel Sportpark Kiel: The northernmost padel location in Germany is now Kiel. In addition to tennis and badminton, you can now finally play padel at the Sportpark Kiel! Since June, there has been an indoor padel court...